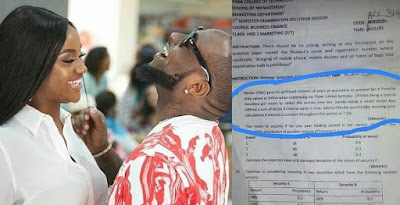 ﻿
The love story of award-winning Nigerian musician Davido a.k.a O.B.O and his girlfriend Chioma have been made into an exam question for the students of Yaba College of Technology.
The students of the Marketing Department of the institution while writing their exam in “Business Finance” came across a question set on Davido and Chioma’s love story.
In one of their questions, they were asked to ‘succinctly advice’ Davido’s girlfriend, Chioma on what to do if she decides to exchange her N45million SUV for cash.
Ever since Davido had made his relationship with Chioma public, the two lovebirds they have become “relationship goals” for the young couple. Davido had earlier bought Chioma a Porsche car on her birthday, released a hit single”Assurance”  as a dedication to her takes her with him around the world for his tour and concerts.
See the exam question below: 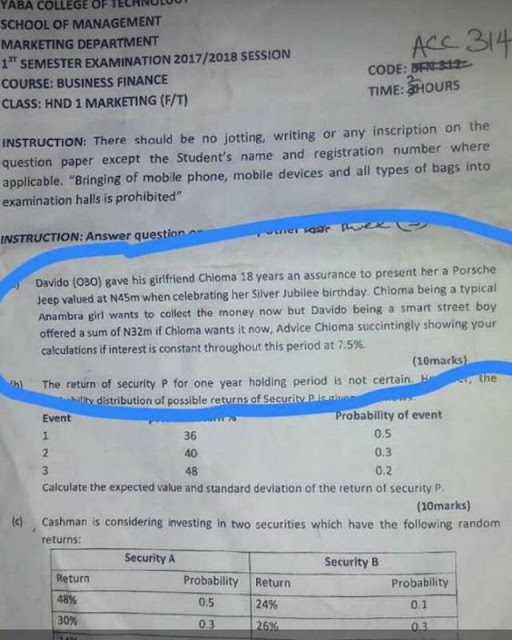