Liberia: ‘Price Tag’ to be Enforeced 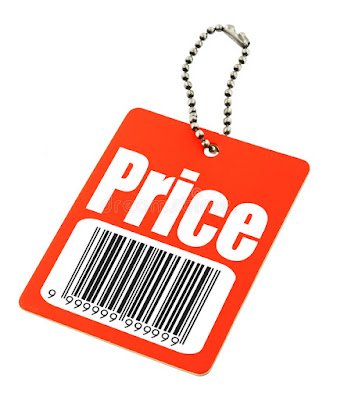 The Ministry of Commerce and Industry (MOCI) has vowed to enforce price tag regulation within the commerce of Liberia, indicating that the regulation is aimed at ensuring that businesses are transparent in their transactions.
Minister Wilson Tarpeh made the assertion at a press conference over the weekend in Monrovia, when he called on businesses to public or put the price of the goods in both Liberian and United States dollars to avoid customers asking of the price of goods.

“We want to ensure that the buyers do not ask for price of goods in any supermarket and other business places within the commerce of Liberia. Again, since Liberia is in a dual currency regime, all our valuable merchants are required to put the price in both currencies under the goods or items,” Minister Tarpeh said.
Minister Tarpeh said section 1.1 of the Liberian business law mandates every business registered within Liberia to be price tag and the ministry was now prepared to enforce the regulation, especially in the interest of buyers.
“Again, any business found or caught or reported of violating the new regulation will be fined. The ministry will begin enforcing this regulation beginning August 16, 2018 and so all businesses are advised to make the changes between now and August 15,” Minister Tarpeh said.
Minister Tarpeh also called on businesses to post the exchange rate in an open area to ensure that consumers or buyers are better informed and not leaving the merchants description of deciding the rate, adding “this will be done with prevailing exchange rate of the Central Bank of Liberia (CBL).”

Minister Tarpeh said the initiative is aimed at reducing stress from on consumers in terms of looking for United States dollars in order to get or buy a particular commodity, adding “with the goods involve, we are given our merchants up to August 15, 2018 to do all the changes.”
He, however, promised to use all necessary means to ensure that that the public receives the information, adding we will also send the ministry’s contacts out for the public to reach authorities at the ministry.
Meanwhile,  Minister Tarpeh said in May of this year, the government called for the reduction in tariff as a means of reducing prices of goods and services, which led to the tariff been by 35 percent.
“The tariff that was making things prices difficult for the Liberian people has now been reduced and so we expect businesses to immediately reduce prices. We have decided to publish the prices of basic commodities starting from frozen food to use clothing that is reduced by 35 percent,” Minister Tarpeh said.
Minister Tarpeh said the ministry was now prepared to ensure that the reduction in prices take effect today, Monday, July 23.
Minister Tarpeh said equipment, spare parts and other goods are required to meet a minimum standard in order for it to be sole in and out of Liberia, especially in the region, which is constant with the International Standards Organization (ISO).
To achieve this, Minister Tarpeh said the government has reviewed the Economic Community of West African States (ECOWAS) standard, which was proposed and the government has adapted it and will be published at the end of August and printed in gazette.
Minister Tarpeh said, “It makes it satisfactory that goods bought meet the standard of consumers.  We want to ensure that goods circulating here are acceptable within the region and internationally.  We want to also ensure that consumers are happy with what they buy.”