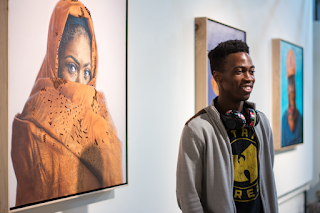 Papay Solomon is an Arizona State University student, who is graduating with a Bachelor of Fine Arts in painting. Solomon was born in Africa and has lived in Phoenix since high school.
“At this point, I’m not African enough and I’m not American enough,” said Solomon, whose paintings focus on young African emigres.
“I paint young Africans from the diaspora. So we’re in the new spectrum where only we can relate. I’m trying to tell those stories of the in-betweeness that we all carry.”

Solomon’s paintings are telling the immigrants’ stories in an authentic way.
“Through my years in the states, I don’t feel like the representations of me are accurate. Either on TV or social media, you see people like me referred to as criminals or gangsters and I don’t relate to that,” he said.
“Although a painting can tell more than a thousand words, I wanted to tell more stories. I wanted to push the boundaries. I wanted there to be more than just a painting to learn about these people.”
Solomon has been named the outstanding undergraduate in the Herberger Institute for Design and the Arts.
“When my mother was pregnant with me, there was a civil war in Liberia and she had to flee. She gave birth to me in Guinea but I feel Liberian,” he said.
The family moved to the Kouankan refugee camp during civil unrest in Guinea when he was five years old. When the family relocated to Phoenix, Solomon began attending Central High School, where a helpful school counselor found art supplies for him to use. Thanks to a scholarship, he took classes at Phoenix College after graduating from high school. But not in art. He spent an unhappy two years majoring in computer programming
“I was thinking about the financial aspect of things and I wasn’t too sure about art,” he said. “But then I changed my route to painting.”
After earning two associate degrees, he transferred to ASU in 2015, and his art evolved.
“The most important way I grew was that I didn’t want to paint pretty pictures anymore. I wanted my paintings to be about something. That is when I discovered what I was passionate about,” he said.
Solomon is active in the Phoenix refugee community, where he meets other young people from Africa. He interviews them before painting them.
“I want people to know that we, as a people, are brilliant and hardworking. We are willing to do what it takes to contribute to society and make life better for future generations,” he said.
His style, created in oil paint, combines hyperrealism and "non finito," a classical style in which part of the finished work is left unfinished.
“The hyperrealism symbolizes my hyperawareness in the situation I’m in. Being in the middle makes me notice everything.
“'Non finito' is the other end — not fitting in any part. I’m trying to question what it means to be complete.”
Check out few of his paintings below. 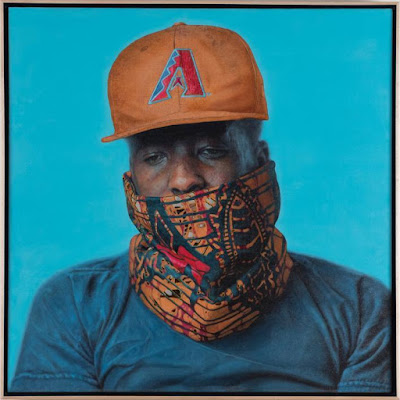 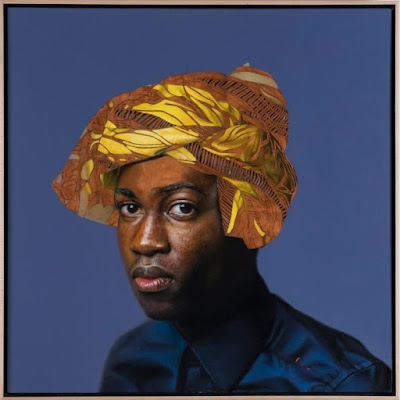 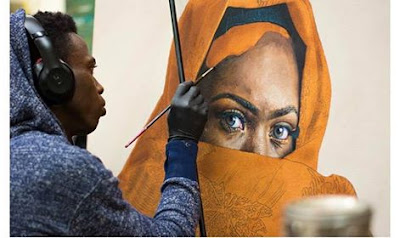 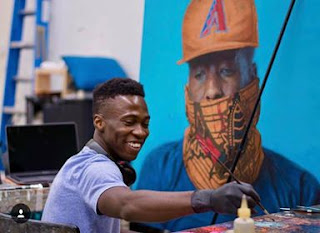