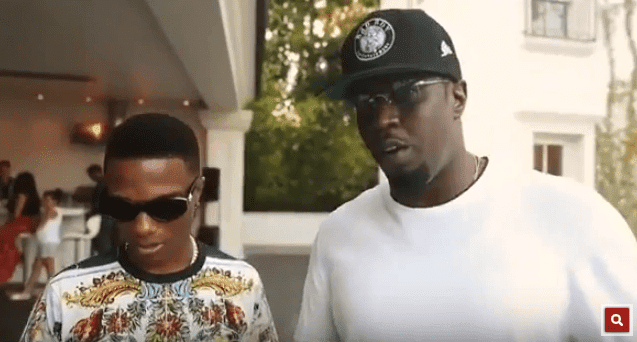 ﻿
American hip-hop superstar, Sean Combs, alias P Diddy has expressed a desire to come ‘back home’ after meeting Nigerian superstar Ayobami Balogun a.k.a Wizkid.
Diddy, who is best known for his hit song, ‘Bad Boy For Life’, shared a video on his Instagram page on Friday following a visit to Wizkid’s home.
In the video, that has since gone viral, Diddy said, “Came to see the young black king (Wizkid), he hit me with some love and vibration from the wonderland.
“I’m coming back home not gonna wait too long, expect me soon while I’m young.”
Wizkid, who is currently on an international social tour, has also been spotted with Drake in London.
On his visit to the United States, he has also been seen in the company of superstars like DJ Khaled, producer; Metro Boomin and singer; Fergie.
In February 2014, Wizkid became the first-ever Nigerian musician to have over one million followers on Twitter.
He went on to become the first Nigerian artiste to appear in the 2018 Guinness World Records, for his contribution to Drake’s hit song ‘One Dance’.
The 28-year- old recently sold out the O2 hall in London and is set to release a much anticipated album ‘Made In Lagos’ later in 2018.﻿