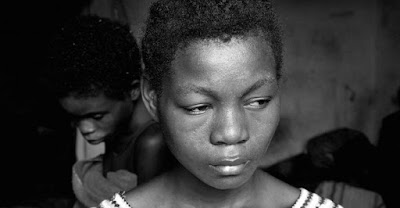 Submission to UN Human Rights Committee Focuses on Accountability
The Liberian government should undertake fair and credible prosecutions of international crimes committed during its two civil wars, 76 Liberian, African, and international nongovernmental organizations said in a submission to the United Nations Human Rights Committee released today.
The submission was made ahead of Liberia’s appearance before the committee, which monitors implementation of the International Covenant on Civil and Political Rights by its states parties, scheduled for July 9-10, 2018 in Geneva.

Since the war ended in 2003, the Liberian government has skirted the issue of criminal accountability for war crimes

“Since the war ended in 2003, the Liberian government has skirted the issue of criminal accountability for war crimes,” said Hassan Bility, executive director of the Monrovia-based Global Justice and Research Project.
“Not one person has been prosecuted for past violations.”
Liberians suffered tremendously over the course of Liberia’s two armed conflicts spanning more than 14 years. Abuses included summary executions, large-scale massacres, rape and other forms of sexual violence, mutilation and torture, and widespread forced conscription and use of child combatants.
Two well-attended marches were recently held in Monrovia in support of a war crimes court, and prominent Liberians are calling for justice, including the Nobel Peace laureate Leymah Gbowee, and leaders in the Liberian Council of Churches.
“People in Liberia are taking to the streets and insisting their leaders take steps to ensure justice for past crimes,” said Nushin Sarkarati, senior staff attorney at the Center for Justice and Accountability. “The victims and families deserve to see perpetrators held to account.”

Although the Truth and Reconciliation Commission for Liberia in 2009 recommended a war crimes court to investigate and try people responsible for grave violations of international law, Liberia has never moved ahead with this recommendation. The few cases addressing civil war-era atrocities have occurred outside Liberia, notably in Europe and the United States.
“With a new government elected on a platform of ending corruption and upholding the rule of law in the nation, our organizations call on Liberia to meet its international obligations to prosecute serious crimes and provide justice to victims of the civil wars,” said Adama Dempster, secretary general of the Civil Society Human Rights Advocacy Platform of Liberia.
The submission presented by the 76 groups identifies steps to be taken without delay by the Liberian government to help ensure accountability for serious crimes in Liberia, to be considered by the Human Rights Committee. It also makes recommendations for additions and changes to the commission’s proposed court to enable fair and credible trials.
“The Liberian government should swiftly establish a committee to develop a roadmap for justice for grave crimes,” said Elise Keppler, associate international justice director at Human Rights Watch. “Liberia should also support efforts by third countries to bring universal jurisdiction cases for civil war-era crimes.”