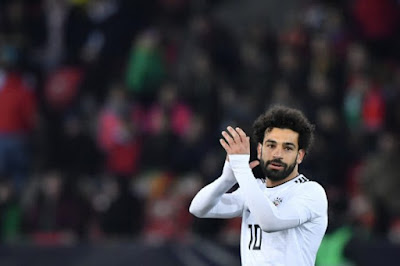 ﻿
2018 World Cup, day 2 kicked off with Uruguay claiming a win over Egypt with a goal in the dying minutes. For 90 minutes the struggle between Uruguay and Egypt was tough, then Jose Maria Gimenez headed home the sealer and handed the three points to Uruguay with the 1-0 win.
Without their superstar striker Mohamed Salah taking part in the contest, Egypt had their backs up against the wall.
Despite constant surges down the wings and into the penalty box they weren’t able to crack the Uruguay defenses.
After absorbing and blocking every chance Egypt attempted, Uruguay then wrestled back control and should have taken the lead in the opening half but Luiz Suarez’s close range shot slammed into the side netting.
The Pharaohs gave it their all but in the end, it was a setpiece which separated the two teams in the dying minutes. They will definitely need Salah for their game against Russia next Tuesday when they face the hosts in St Petersburg if they are to have any chance in Group A.