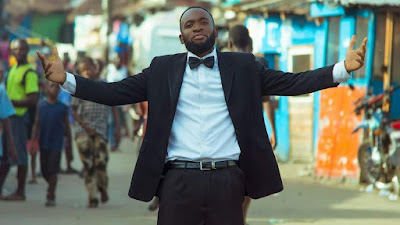 Co. Z and C. Note who were once cool friends and now frienemies.  Throwing jabs have become the order of the day between the two rappers.

After series of taunts between Christoph the Change and C. Note, CoZ,  a friend and collaborator of CTC took to twitter expressing his dissatisfaction about the beef between C.Note and CTC. In his post,  he  labelled C.Note as someone trying to destroy the musical industry.

In less than a day,  C. Note responded to the rapper post by calling him a clown. In C.Note post, he also pointed out that it was CoZ that introduced beef tracks to the industry, so he shouldn't be the one questioning others. Let's see where this leads to.