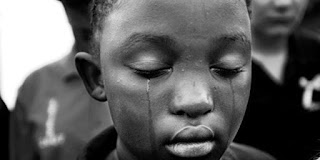 A Liberian woman resides in Minneapolis, was arrested in February on suspicion of child abuse faces new charges accusing her of raping two of her children, leaving them with a sexually transmitted disease.
A 13-count criminal complaint filed Monday alleges that the woman engaged in a pattern of physical and sexual abuse, which was first disclosed in May. An expert concluded the abuse amounted to torture.

Even though she has been charged, the press is not naming the 28-year-old woman in order to protect the identities of her children.

Four of her children — two boys and two girls ranging in age from 6 to 9 — have been placed into foster care, according to prosecutors. The woman also has a 3-year-old daughter who was not mentioned in the complaint.
Hennepin County Attorney’s Office spokesman Chuck Laszewski declined to comment.
On several occasions, she made two of the children undress, then sexually battered them, the complaint stated. One of the children described being beaten with curtain rods and clothes hangers and having mashed-up hot peppers shoved into sensitive areas until they burned, according to the complaint. Another time, she allegedly forced the children to stick their hands into a pot of boiling water for punishment.
The complaint charges the woman with four counts each of first- and second-degree criminal sexual conduct, a single count of stalking and four counts of malicious punishment of a child. She is being held without bail pending trial.
Prosecutors filed tougher charges because, among other factors, she exposed two of the children to a “sexually transmitted infection while sexually abusing them,” the complaint said.
After interviewing all four children, a pediatrician concluded that the beatings were “diagnostic of child torture,” which was defined as prolonged abuse, including at least two physical assaults and “two or more forms of psychological maltreatment resulting in prolonged suffering, permanent disfigurement/dysfunction, or death.”
One of the children told authorities he often lied and took the blame to spare his younger brother from the beatings, according to court filings. In one such instance last year, the boys had been playing in their bedroom when the younger brother popped their air mattress. To shield him from their mother’s wrath, he took the blame. As punishment, she stabbed him with a knife, according to authorities. Then, instead of taking him to the hospital, prosecutors say she bandaged the boy’s wound herself with supplies from Walmart and later called his school to say that he’d fallen sick.
The woman often warned her children not to talk about the abuse with others, prosecutors say.
Child protection has been involved as far back as January 2014 when the agency received a report of physical abuse of one of her sons after he was seen limping in school. Six child protection reports have been filed on behalf of her children between then and February 2017.
Prosecutors say that the children were removed from her north Minneapolis home in February following an incident in which she was accused of beating them with a broom handle until it broke.
A child protection case was opened soon thereafter, and the children were put into foster care, according to court filings.
A judge set a trial date of Aug. 27 for the February case involving the broom. She has yet to appear in court for the most recent charges.
Her court-appointed public defender did not return a phone message Monday afternoon.
In 2010, the woman won a $200,000 wrongful death settlement after her firstborn son was run over by a garbage truck. The incident happened in 2009, a few years after her family arrived in the Twin Cities from a refugee camp in Ghana, court records show.