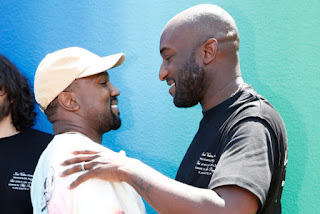 Virgil Abloh first Louis Vuitton show got support from the stars.
The Ghanaian-American fashion designer, who is the first African-American to take over as artistic director at the French fashion label, showcased his Menswear Spring/Summer 2019 show on Thursday in Paris, and celebrities turned out to celebrate.

One emotional celebration came from Kanye West, who started crying in the front row when he and Abloh shared a warm embrace at the end of the show.

Rihanna also made waves on social media for attending the show in a stunning white ensemble Abloh. 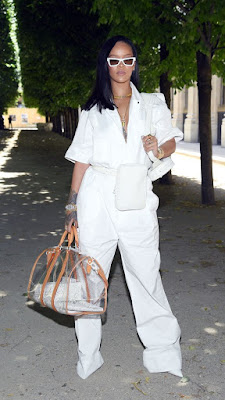 Virgil Abloh  is a Ghanaian-American fashion designer who has been the artistic director of Louis Vuitton's men's wear collection since March 2018. Apart from his work at Louis Vuitton, Abloh serves as the chief executive officer of the Milan-based label Off-White, a fashion house he founded in 2013 .
Born in Rockford, Illinois to Ghanaian parents, he graduated from the University of Wisconsin–Madison in 2002 and the Illinois Institute of Technology in 2006, with degrees in civil engineering and architecture, respectively. He entered the world of fashion with an internship at Fendi in 2009 alongside rapper Kanye West. The two began an artistic collaboration that would launch Abloh's career into founding Off-White. Time magazine named him one of the 100 most influential people in the world in 2018.