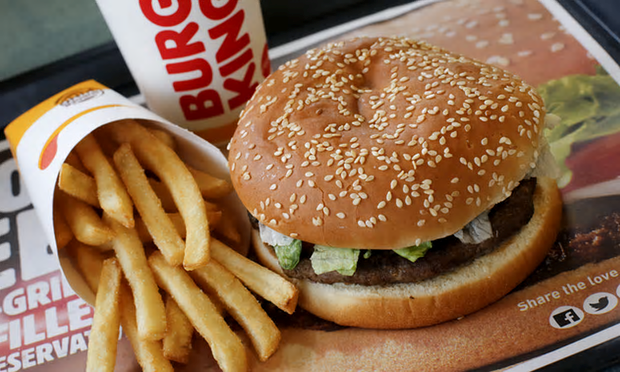 Burger King has said sorry for offering a lifetime of Whoppers to women who are impregnated by football players. Photograph: Gene J Puskar/AP
Burger King has apologized for a poor-taste ad campaign posted on its official Russian social media account.
On Tuesday the burger chain announced a promotion on VK, the Russian equivalent of Facebook, offering women 3 million Russian roubles ($47,000) and a lifetime supply of Whoppers if they get impregnated by football players competing in the World Cup.
Shortly after announcing the campaign they pulled it due to backlash. Burger King posted a statement on VK apologizing and said it had removed all materials related to the promotion. However, evidence of the stunt lives on in screenshots. 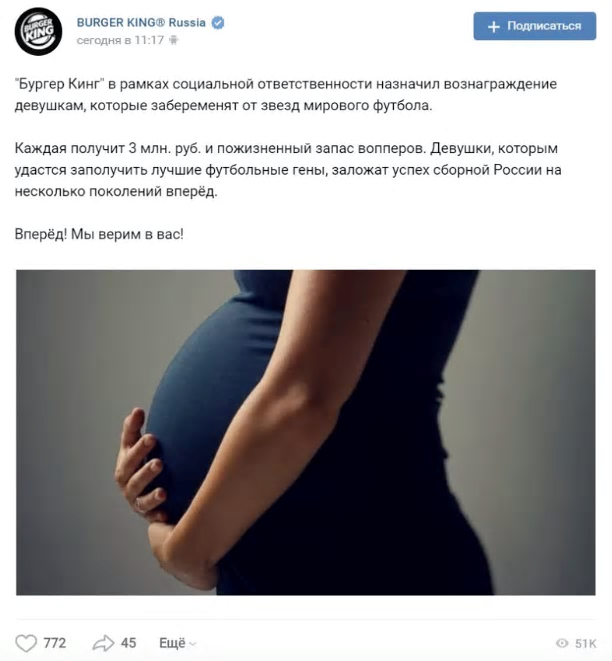 Burger King’s Russia division has a history of horrific publicity-baiting stunts. Last year it made fun of a teenage rape victim in an online marketing campaign. The fast-food company used the likeness of Diana Shurygina, who was raped when she was 16 at a house party, as part of a buy one get one free burger offer.
And it’s not just Russia; Burger King has a global track record of misogynistic marketing. In Singapore the company advertised a seven-inch burger with overtly sexual imagery and a tagline saying “It’ll blow your mind away.” The model featured in the 2009 advertising campaign later came forward to say she had no idea her image was going to be used in that way.
Since you’re here …

… we have a small favour to ask. More people are reading the Guardian than ever but advertising revenues across the media are falling fast. And unlike many news organizations, we haven’t put up a paywall – we want to keep our journalism as open as we can. So you can see why we need to ask for your help. The Guardian’s independent, investigative journalism takes a lot of time, money and hard work to produce. But we do it because we believe our perspective matters – because it might well be your perspective, too.

I appreciate there not being a paywall: it is more democratic for the media to be available for all and not a commodity to be purchased by a few. I’m happy to make a contribution so others with less means still have access to information. Thomasine, Sweden