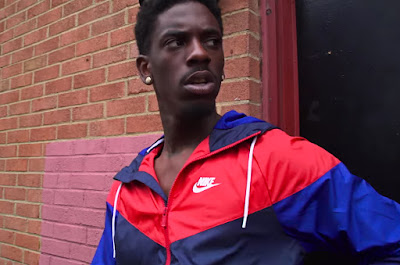 
Pittsburgh rapper Jimmy Wopo was shot dead on Monday in a drive-by in his hometown that also wounded a second man, authorities said.
Police responded to the shooting in the city’s Hill District around 4:22 p.m., according to the Tribune Review.
Two men were rushed to hospital with gunshot wounds. Wopo’s manager, Taylor Maglin, later confirmed that the rapper had died. The second man, who has not been named, was reportedly in stable condition.
“I lost my brother today and it’s the worst feeling in the world,” Maglin wrote on Facebook. “He was destined for greatness and he wanted the best for his friends, family and community. We lost a great person today, but just know I will do everything in my power to make his memory live on forever. Love you bro.”


I lost my brother today and it’s the worst feeling in the world. He was destined for greatness and he wanted the best…
Posted by Taylor Maglin on Monday, June 18, 2018

Wopo, whose real name is Travon Smart, was best known for his 2016 single “Elm Street.” The 21-year-old rapper released his debut project “Woponese” in 2016. His third mixtape, “Back Against the Wall,” was created shortly after his release from prison in 2017 for reportedly violating his parole. Wopo was featured along with Wiz Khalifa on Hardo’s single “Today’s a Good Day”, which was streamed almost 8 million times on Spotify.
Wopo’s killing came the same day that 20-year-old rising star rapper XXXTentacion was shot and killed outside a motorcycle dealership in Florida.﻿