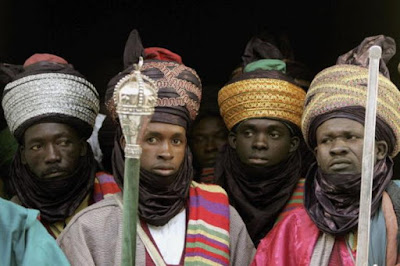 ﻿
You would think by this time in the history of the internet, everyone would know not to send money to random people online. Fred Haines learned that lesson the hard way, but now he is being reimbursed for sending thousands of dollars to Nigeria. Haines was one of the people you hear about that got caught up in the Nigerian prince scam. Although most people you know just trash that email when they receive it, Haines was intrigued and began talking to the Nigerians on the other side of the computer screen. To be fair, this all started over ten years ago.
According to the Kansas City Star, from 2005 to 2008 Haines was tricked into sending $110 thousand dollars to overseas scammers. He even re-mortgaged his house three times in the process. The scammers told Haines that his money was in Nigeria, but it would cost him thousands to get the funds from the African country to America due to political and banking regulations. Through the years he was strung along as the scammers told him that his money had moved from Egypt to England, back to Nigeria and even out to New York. At one point Haines became skeptical, but the scammers kept him attentive. They sent him a falsified document signed by the Nigerian president, and also a letter from Robert Mueller. Mueller, whose name might ring a bell in connection with the Trump/FBI drama currently unfolding on Capitol Hill, was the director of the FBI at the time.
“It got to the point where they were showing me that the president of Nigeria had sent me a letter. It had his picture on it and everything,” Haines stated. “I looked it up on the computer to see what the Nigerian president looked like, and it was him.” The scammers even tricked Haines into believing that they sent someone to an airport Wichita with chests full of his cash. After spending an hour wandering around the airport, Haines realized he had been tricked.
Western Union admitted to law enforcement that they knew some of their employees had conspired with scam artists to trick people out of money. The company set aside $586 million to create a fund to refund victims, and the Kansas Attorney General's Office got in contact with Haines about his lost funds. Haines kept a detailed record of all the money he had sent over the years, and is now being rewarded with $110 thousand in the settlement. “Those Nigerians know how to talk,” he stated. That's a hard lesson learned.﻿