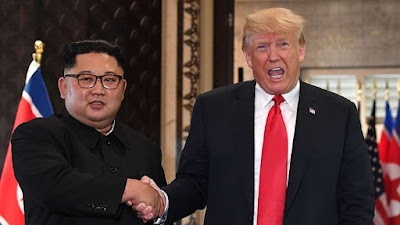 North Korean leader Kim Jong Un has accepted President Trump's invitation to visit Washington, D.C., North Korea's Korean Central News Agency reported Tuesday evening.
The news comes after the two leaders met for an historic summit in Singapore earlier Tuesday, signing a document committing the U.S. to unspecified "security guarantees" in exchange for a denuclearized Korean Peninsula.
Trump said during the trip that he "absolutely" planned on inviting Kim to the White House. The president also said that Kim had accepted the invitation "at the appropriate time, a little bit further down the road."