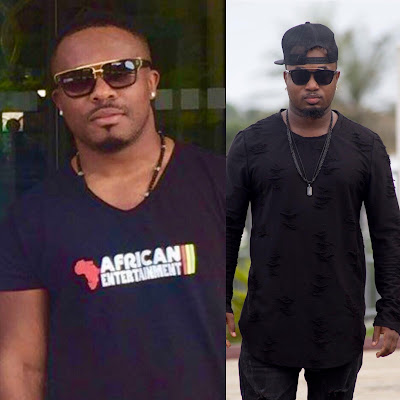 Early this morning, African Entertainment Management Group CEO, Mr. Aries Air Dean released a statement to the public, on Facebook, that AEMG business relationship with Liberian Superstar DenG is over.  The business man extended his wishes for DenG's success and reaffirm their support of DenG's change of management.  Check out the press release below.

African Entertainment Management Group ( AEMG) wishes to bring to the notice of the general public that forthwith, we will no longer handle the management of Liberian music artist, DENG.
AEMG took up the management of DENG in 2016 and from then till date, we proudly share that we recorded numerous successes.
Between 2016 and 2018, DENG under the AEMG released some of his biggest singles. Through out meticulous strategies, we helped promote songs like “Make Dem Talk” featuring Nigerian superstar singer, KCEE, “JanJay” which also featured Ghana’s biggest rap star, Sarkodie.
Under AEMG’s management, DENG became the first Liberian artist ever to be nominated for the MTV Awards, won Liberian Entertainment Awards’ " Song of the Year” for his massive hit song, "Grateful". DENG was also a two time winner of The "Artist Of The Year” award.
Undoubtedly, the AEMG brand fulfilled all managerial responsibilities to the best of our ability and the singer’s soaring career is a testament to that. However, now is the time to let go of the reins and watch our star move on to greater heights.
Allow us reaffirm our dedication to the development of artist brand development in all capacity. Allow us also reaffirm our support of DENG’s change of management. We wish him all the best in the future.
Signed
Management