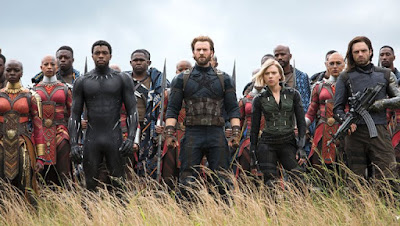 Disney and Marvel's Avengers: Infinity War kicked off the summer box office in high style over the weekend, opening to a record-setting $250 million in North America and $380 million overseas for a global total of $630 million, the top worldwide debut of all time.
Fellow Disney title Star Wars: The Force Awakens ($248 million) was the previous record holder for biggest domestic bow, while Universal's The Fate of the Furious had held the record for biggest global start ($541.9 million).
Infinity War's box-office victory was aided by the biggest Saturday of all time in North America ($83 million), as well as the biggest Sunday (an estimated $61 million), reflecting powerful word of mouth.