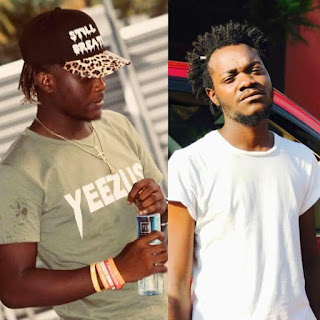 It is fast becoming the biggest musical rivalry in the Liberian Musical Industry.
It all started when Revolution, Co.Z x Christoph came up with a track called (Eggs are cooked from the edges), C.Note, Kpanto x Nuchie Meek got a bad taste of the track and responded with an effort called (Hard target).

I'm chasing paper and you're chasing me?? Stupid much??

On April 23, Nuchie delivered an update to fans about his latest single, ERU.
In one of his lines  He said "you beefing on facebook like you don't have studio time,  Keep your beef for another time"

The fans attention are now drawn to weather Revoluxon Rocky will keep the beef for another time as quoted by Meek or will respond to the dig been labeled on him.