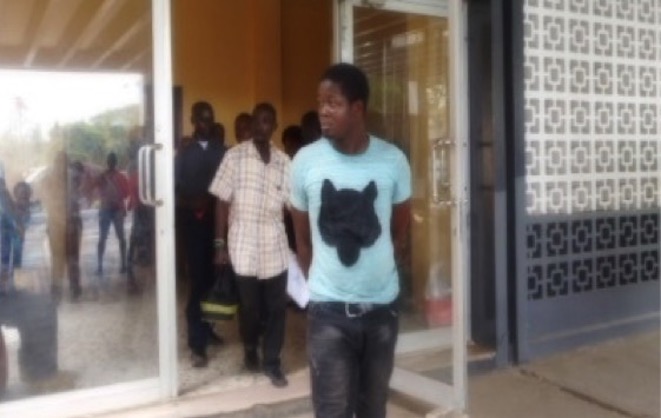 John Tarpeh, alias ‘Ebu,’ has been charged with murder following his arrest for being part of a gang. The gang allegedly murdered a land administrator in the Township of Johnsonville, outside Monrovia on March 22, 2018.


Police said other accomplices of Tarpeh to be identified including: Mike alias Emmett Hoff, Solo Edward Gibson alias Pepper Wolo, Bowlekey, Mandingo Papay and others, who are said to be on the run. They have been also been charged with murder in-absentia in violation of sub-chapter A, Section 14.1 of the Revised Penal Law of Liberia.