What We Expect From Bucky Raw Within The Next Few Years 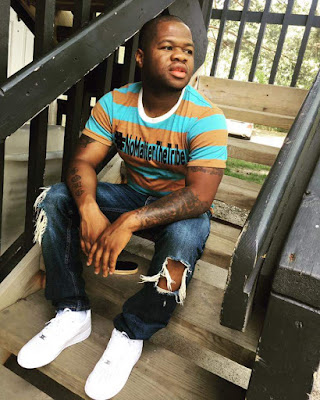 It was few days back when Bucky Raw deportation saga spread all over Monrovia like wild fire.  That scene came to conclusion after the artist had an interview with Rickslyn Myers, that gave fans the clarity they fans seek, leaving fans not arguing about his deportation but rather his next move and overall impact in the Liberian Entertainment Industry.

Bucky is already a top artist, but if he is to maintain or add up to his already developed status, then he definitely has to do what he knows best, rap.

Bucky Raw entire musical career has been in the United States of America. With all his time in the United States, he still made it possible that his fans back home got a taste of his flow, something most Liberian artists overseas struggle with. His time in the States didn't restrict his style of music to only hip-hop. The fact that he mixed Trapco, Hip-hop and Mano is one aspect that has his career on  high.

WILL THE FANS GET THE BEST OUT OF HIM?
There is a growing feeling in Liberia that Bucky past life will serve as a motivation to him. Many fans are already planning on having a blast with the Trapco artist at his incoming concert, which according to the artist, is due very soon.

His love for switching between his local dialect (Mano),  to Hip-hop and Trapco is the biggest challenge he presents to  artists at home and abroad.