Woman shares story about how she gave birth in a hotel all by herself with the help of YouTube, shoelaces, and knives 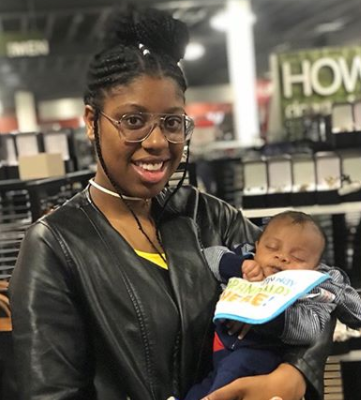 ﻿
A Virginia woman has made international news headlines after she gave birth all by herself in an Istanbul hotel room by watching YouTube and using shoelaces and knives.
She has now become an internet sensation and she has shared her story, which is too good to be missed.
Tia Freeman had no idea she was pregnant until the last trimester. The type of birth control she takes made it so she didn’t have a cycle so that wasn’t an indicator for her. When she eventually found out she was pregnant, she had already planned a trip abroad and booked her ticket so she refused to let that go to waste.
However, while traveling to Istanbul, Turkey, she started cramping but had no idea it was labor. When she landed, she managed to make it to her hotel room and at this point, it became obvious she was in labour.
She watched on Youtube how to give birth and following the directions, she gave birth in her hotel bathroom, then used her shoelace to tie the umbilical cord before cutting it with a knife she carries around.
The following day, the press got wind of her unusual birthing procedure and they bombarded her with cameras and questions. People who heard her story clamored to take photos with her and her baby in Turkey and also to hear her story. She made news headlines in Turkey as a result. And when she returned to America, the media also rushed her to get her photo and story. 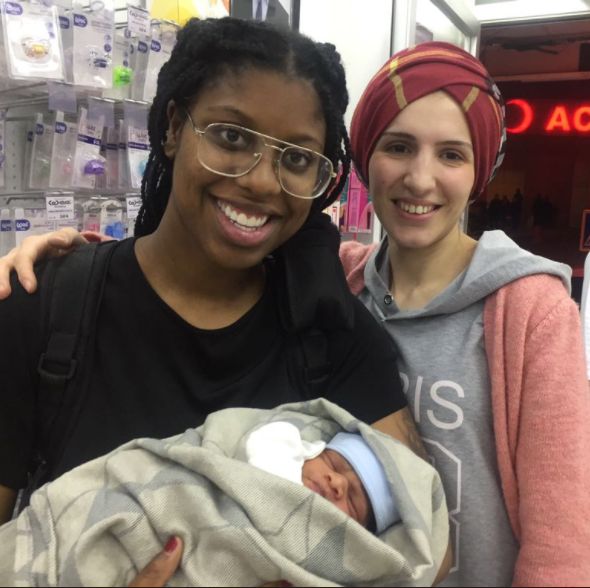 She has now taken to Twitter to share details of the birth of her son. He has been named Xavier Ata Freeman, though she refers to him as "my little surprise bundle of international joy". His middle name is Turkey, a tribute to the country where he was born on March 7, 2018.
﻿