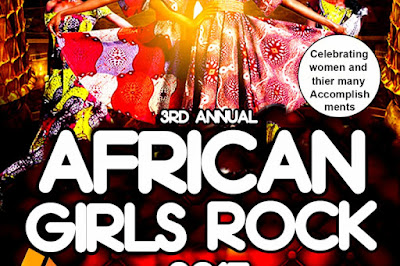 
African Girls Rock-AGR is a non-profit organization created for appreciating the excellence of women in the society, due to their excellent work. We believe women play an essential role in society and every aspect of life by enabling other women dreams big by influencing them in different significant ways. For the nominated female to win the awards, they are specific criteria which must be attained by what we stand for.


1. Must be able to respect the rules and regulation governing the AGE and all members and the community we serve.  We believe in zero tolerance or any form of discrimination or immoral character.


1. Must be able to contribute to the cause and value of this organization.  Should be able to give a word of encouragement to those who are undergoing difficulties in the society, as a way of giving them hope for the future.  They need to make them understand that being faced with a problem should not bring them down but instead make them stronger for the better of their future.  They also need to support those in need wholeheartedly, and this will enable them to efficiently work once they become part of AGR, since their primary mission is to save those who being with hunger.