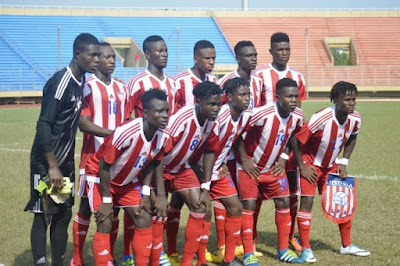 In an effort to restore hope to citizens, BYC Striker Sam Jackson left it late to secured a 2-1 win for the Junior Red, white and blue boys over Guinea Bissau. On the other hand, Sierra Leone lost to Ivory Coast by 4 goals to 1goal after securing a win over Guinea Bissau in their first group stage match.

The rules for qualification send Junior Lonestar into the encounter looking for a compulsory win if they are to make it to the next stage of the tournament. Sierra Leone U20 will progress to the next level if they can get at least a draw from the match.

Both teams are going into the encounter with 3 points

LIBERIA U20
Liberia U20 won their last match.
Liberia U20 has fail to scored in one of two matches.
Form: LW