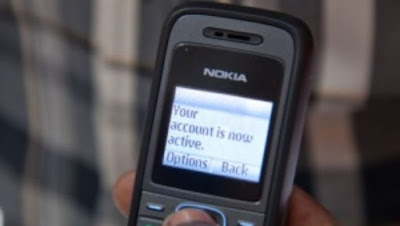 
President George Manneh Weah Thursday officially launched the Mobile Money Tax Payment Scheme initiated by the Liberia Revenue Authority (LRA).The initiative aims to alleviate the bottlenecks and stress often endured by taxpayers in meeting their tax obligations, and also to ensure that the government succeeds in developing the country through its domestic revenue mobilization to avoid dependence on foreign aid.
In remarks during the ceremony, the Liberian leader frowned on the non-compliant posture of some Liberians in paying their taxes, thereby denying government needed resources to implement its developmental initiatives.
According to President Weah, most Liberians are noted for not paying their taxes to government, something which, he noted, has created difficulties for past administrations in the implementation of major development projects.
“We have money in Liberia, but we are not giving it to government for development. We must start to give to the government through the payment of our taxes so that we stop blaming the government for not developing the country,” President Weah told the gathering.
He therefore, called on Liberians to adopt the culture of giving their monies to the government of Liberia, through the payment of legitimate taxes for the development of the nation.
The Liberian leader said it is unhealthy for the country, when some of his compatriots ignore tax commitments.
President Weah said what is required is to make domestic tax payment schemes encouraging; that will make
the payment processes easier to convince people to come forward and pay their taxes.
President Weah admonished the LRA not to “run behind tax payers” or close down their businesses when they are non-compliant, but rather encourage them to pay their taxes.
He said the best thing to do is to make the tax payment process user-friendly, like we are doing with the launching of the LRA domestic tax payment scheme through mobile money.
Weah made history by becoming the first Liberian to utilize the scheme when he paid his domestic property tax through the exercise.
﻿