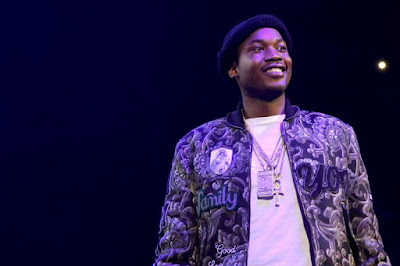 Just a couple weeks after Meek Mill spoke with NBC’s Lester Holt over the phone from prison, the MMG rapper returned to his show on NBC Nightly News Wednesday afternoon for a second interview. However this time around, Meek was a free man and was able to sit-down with Lester Holt face to face.
In a special part interview that aired Wednesday night, Meek spoke about his last 24 hours since being free, and the responsibility he carries to fight for others and spread awareness to criminal justice reform.
“I haven't slept one second since getting out of prison. It’s actually a culture shock coming from a small cell back into the real world so I think my body has to adjust,” he said when asked if he’s slept yet.
Touching on his freedom, Meek said he doesn't feel entirely free since getting released. "No, I don't feel free. I ain't feel free since I caught this case at the age of 19. I'm 30 now." He explained. "I believe that God is my first lawyer, I always believe that. I got a strong team behind me, I got a lot of support. A lot of light shed on my situation.”
Meek later touched on his responsibilities he’s carrying and that he’s fighting a bigger fight than just for himself.
“Even though Im in this position, I got a lot of responsibilities and got a lot of important people depending on me,” Meek said. “Im not talking about public officials. Im talking about the men thats depending on me going through the same thing Im going through.”
Check out 3-minute interview (below).