Football lover tattoos his team’s shirt on his body 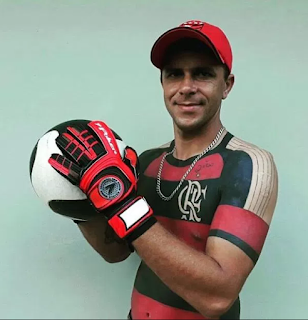 A Brazilian football fan tattooed his team's jersey on his body.
Jose Mauricio dos Anjos, a Flamengo superfan, has spent 90 hours in agony over the past year to get Flamengo’s red and black uniform inked on his body. After 32 painful sessions, the tattoo on Friday.

The 33-year-old told Vice Brazil: "People ask me if I don’t find it strange that I’m always wearing a Flamengo shirt. And I just don’t. To me, it’s normal."
The father-of-three said he has always wanted a tattoo to honour his team, and at 18 he got their mascot tattoed on his biceps. He tried to save money and even sold his motorcycle to afford the tattoo of his team's shirt on his torso. He paid for the initial tattoo of parts of the short over his shoulder. However, as they got started on the process, a tattoo artist offered to do the rest for free.

After finishing up his front, he went on to his back where the number "10" is a constant tribute to the iconic Zico. Jose said he "never felt any regret", partly because he got to meet his idol Zico in December, last year.


Because of his tattoo, he has naturally become a local celebrity in his club’s home city of Rio de Janeiro.
On his encounter with his idol Zico, Jose said: "He was shocked, and touched it to make sure it wasn’t painted on. I asked him to sign my skin and I then got his signature tattooed."
He added that other Flamengo players thought the tattoo was "cool".
Jose's family has accepted his tattoo, and he even said he might get more inking for his team. 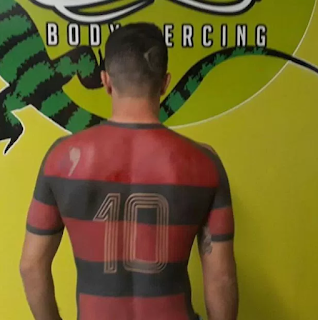