CAN LIBERIA FINALLY LAND A TROPHY? YES WE CAN! BUT ONLY IF.. 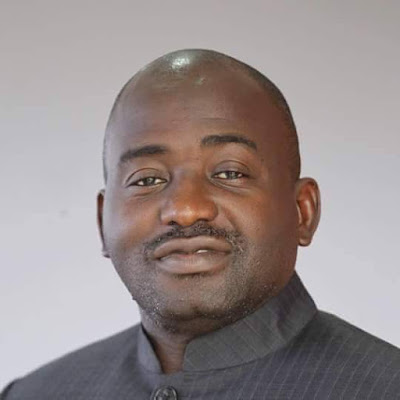 Our national soccer team, the Lonestar has been involved in the football cycle for some times now, but to no avail has the Red, White and Blue outfit deliver a single recognized trophy to their loyalists.
---Sports writer---
MOMOLU M. KPANYANWU
momolu.m66@gmail.com
0881368756/0770779561
Mali 2002 African Cup of Nations marks the last tournament we can imagine the Lone star participating in. more disgustingly, the “George Weah Eleven” didn't amount to the knockout phase of the tournament after they drew their first two games against Host Mali and Algeria then later on lost to the continental heavyweight, Nigeria's Super Eagles.
A failed attempt at the 1996 tournament in South Africa preceded that, where Lone Star crashed out despite an opening win over Gabon. A Roger Lukaku penalty and Liombi Essende's goal Condemned Liberia to a 2-0 defeat and ensured Lone Star  finished bottom of the group on goal difference with all three teams in Group C tied on three points.
Since the departure of the “George Weah Eleven” we have struggle to create a stable National team with winning mentality. Foreign coaches, local coaches, foreign based players and Local players have all failed in this direction.
Thanks to the current coach James Debbah and his boys for their latest efforts. They tried stealing the show from the “George Weah Eleven”, but failed to keep smile on the faces of their loyal supporters at the dying moment.
With keys members of the current squad already in their 30s and the Lone Star not involved in any competition until the start of the 2019 AFCON qualifiers, it  is prudent to say building for the future is what the country needs.
Our Hopes of using a blue ink in African and World soccer has been dashed radically in to a deep footballing valley, and the processes to deliver our Faith is what we are anticipating.
CAN LIBERIA FINALLY LAND A TROPHY? This is a shocking question that creates a state of dilemma. But there is a belief that this dream can be turned into reality, but ONLY IF, the Government of Liberia through the ministry of youth and sports can put up a strong partnership with the Local football house, the LFA in setting up a long term roadmap.
The Liberia Football Association should be charged with the responsibility of rightfully selecting 32 talented and tactically gifted teens from a nationwide under 15 tournament organized by LFA to be developed. The National County Meet currently ongoing could have also be recommended for used, but the tournament features players that may be over-aged by the time this development process is over.
After such selection, programs need to be set up for the development of those selected teens. And between the period of 6-8yrs, we expect to boost of a national team that will provide us with trophy(ies). Within the first 6 years we will start to experience the fruits of what we sowed.
But also remember that this goal cannot be achieved outside the concern of the Government of Liberia. With this note, I encourage the government to step up soccer in the terms of budgetary allocation.


Enough is enough! our national soccer team has been backward for so long, it is time we take firm actions and be made whole.