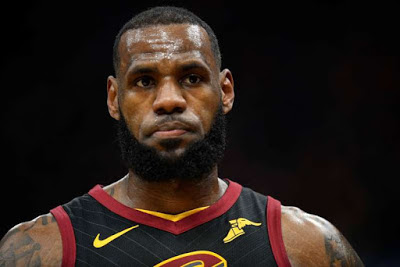 Late Wednesday night, when the Cleveland Cavaliers star broke his annual social media blackout during the playoffs to defend TNT sideline reporter Allie LaForce. In case you missed the furor, social media was incensed that LaForce had asked James about the death of San Antonio Spurs coach Gregg Popovich’s wife, Erin, following the Cavaliers’ victory in Game 2, criticizing LaForce for ambushing James and questioning the appropriateness of the question.
This wasn’t James’ fight. He easily could have ignored the debate, or waited until Cleveland’s next media availability to weigh in. But he recognized that LaForce’s reputation and ethics were being challenged, and didn’t think it was fair.
“I was made aware through some friends, through texts, that a question was asked to me postgame and a lot of people feel that I was blindsided. That is absolutely false. Allie LaForce told me that she was going to ask me the question and if it was OK,” James said in a video posted on UNINTERRUPTED, his multimedia platform for athletes.
“Please get off Allie LaForce’s back because she followed the proper protocol and she warned me,” James added. “So get off her back, man. She’s very professional and she does a great job at her work.”