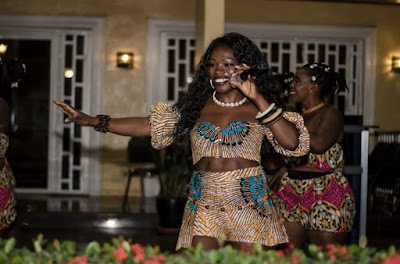 Traditional singer Mz Menneh has appealed to male Liberian artists dominating Liberia’s struggling music industry to take concerted steps towards ending gender inequality, which has engulfed the industry.
The singer, in an exclusive interview with LIB Life before traveling to the US after her ‘Gender Inequality campaign’ launched recently in Paynesville, said she wants to end gender inequality in the music industry. However, to do that she would need everyone to get involved.
Mz Menneh added that this would be the first campaign of its kind in the music industry. “And so I’m appealing to my male colleagues to voluntarily get involved by becoming advocates for gender equality,” she said.
She continued, “Gender inequality in the industry has left female singers underrepresented in all sector of the industry, which I think should not have been the case.
“We are doing the same thing; they are doing the same thing, so we should not be pushed aside. They need to know that it is the right of a female singer to get the same amount of airplay as compared to a male singer,” Mz Menneh said, adding, “Also, to create a fair playing field, women need to be involved in the highest decision-making policy of the industry. But sadly this is not happening in the music industry.”
The Zomo singer added that the goal of her campaign is to encourage men to take up this mantle so that their female colleagues can live their dream of being musicians – and successful ones.
“I believe that the support from our male colleagues will help female artists across the country to reclaim the dream of becoming a musician, which most of them have abandoned.
“To Liberian males in the music industry, gender equality is your issue too; therefore, I’m taking this time to extend an open invitation to you so that you can take part in the campaign. I am inviting you to step forward, to be seen to speak up, to be the male voice speaking against gender inequality in the industry,” she said.
MZ Menneh added that the absence of concerted efforts by her male colleagues to address this problem, will lead to the representation of fewer female artists in the industry, and the talented ones will not have the courage to venture into the field.