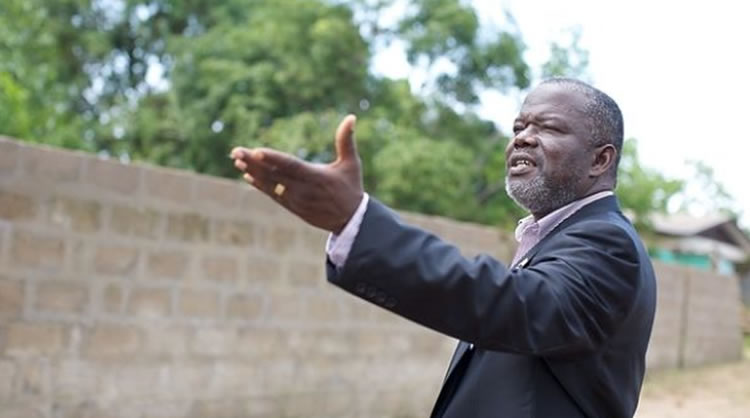 Senator Prince Johnson rejecting dual citizenship and the deportation of 24 Liberians from the U.S dominate the headlines of Liberian newspapers on Friday.

Cllr. Sherman, in a nine - page document read in the plenary of the Liberian Senate, Thursday argued that there is need for change in the 1986 Constitution, especially the portion that prohibits dual citizenship.

The Grand Cape Mount County Senator believes that if Liberia opens itself to dual citizenship, the state’s economy will expand. According Sen. Sherman, Liberians who left the country during the bitter civil wars and have taken citizenships in other countries for social and economic protection should be allowed to regain their Liberian citizenship.

But Sen. Sherman’s suggestions were immediately rebuffed by Nimba County Senator Prince Yormie Johnson who insists that Liberia does not need dual citizenship to improve the health and education sectors here.
Sen. Johnson, who supported Mr. Weah’s presidential bid in the 2017 runoff against former Vice President Joseph Nyumah Boakai says the Weah government should focus its attention on immediate things that will move the country forward.

Sen. Johnson advises the government against tampering with the Constitution in the name of allowing dual citizenship here. Also adding his voice to the debate, Bomi County Senator Sando Johnson says Liberians who have already taken other countries’ citizenship should denounce their foreign nationality if they want to be Liberian citizens again.

Meanwhile, a Senator from Margibi County has suggested the need to conduct a nationwide consultation with citizens from all sectors to give their perspectives on the proposition. The controversial Dual Citizenship Bill comes after President Weah branded the Constitution here as being racist in his first Annual Message in January.

The Citizen Amendment is aimed at removing the “discriminatory” Negro clause and open citizenship to any race, while at the same time defining natural born Liberians and allowing them to have dual citizenship.
By E. J. Nathaniel Daygbor--Edited by Winston W. Parley
﻿