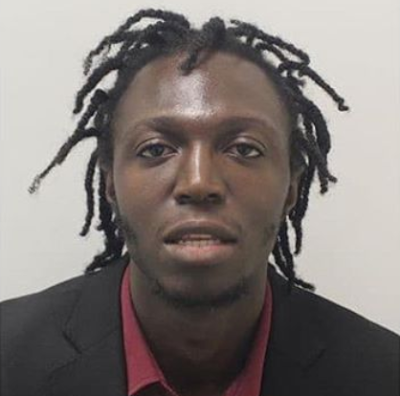 A member of an organised crime network who modelled himself on real and fictional gangsters, was jailed at Harrow Crown Court on Thursday, 26 April for nine years and three months in the U.K

Oluwatobi Sunmonu, 26, was arrested as a result of an intelligence-led investigation carried out by the Met’s Trident and Area Crime Command. His co-conspirators, Toni Ferry and Iyisha Levine, were also arrested.

Detectives also discovered a false driving licence in the name of Thomas Corleone. The picture on the licence was of Sunmonu, who they identified after reviewing CCTV at the hotel.

Detectives believed Sunmonu modelled the structure of his gang and the way he conducted his criminality on both real and fictional gangsters. A book titled “The Supreme Team” was found locked in Sunomnu’s safe which details the rise of an organised crime syndicate in New York City in the 1980s. In correspondence between Sunmonu, Ferry and Levine, Sunmonu often referred to his group as The Supreme Team.

Throughout the course of the investigation, detectives uncovered an Organised Criminal Network (OCN) divided into two areas of business - the supply of firearms and ammunition and the supply of Class A drugs.