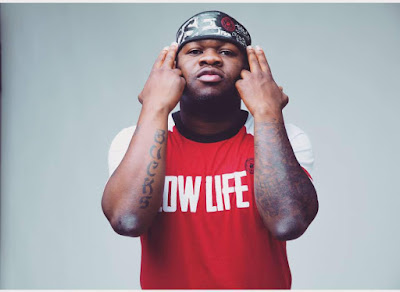 Bucky Raw is not as apologetic as he pretended to be when he first got deported to Liberia. When the artist was released from jail, he wrote a letter of apology to his kids, finace and female fans for the domestic violence rumors.  During his first interview when he arrived in Liberia, he re-echoed this apology.

Well, the rapper did a 360 when he made a comment under a live video on Facebook.
He wrote, "To be real y'all are the reason I got deported...all the lies y'all telling is the reason why I was arguing with my daughter's mom that got me in jail and deported. There's the truth y'all Liberian females doing too much and y'all the ones that got me deported." Check out his comment below. 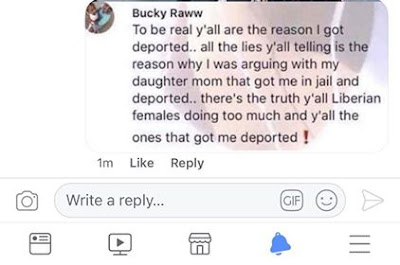