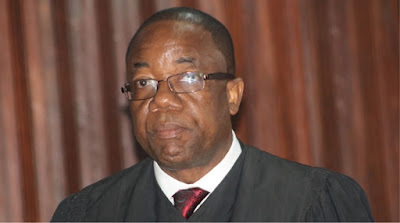 Liberia's Justice Minister Cllr. Musa Dean, as of late named by Liberian President George Manneh Weah to lead the examination concerning a Global Witness report claiming that the US oil goliath Exxon's buy of Liberia's Block 13 was spoiled with defilement has recused himself over concerns in regards to major conflict of interest.  Check out his statement below.

As minister of Justice/Attorney General  of the Republic of Liberia, I hereby recuse myself from the investigation commissioned  by the President into the acquisition of the National Oil Company of Liberia’s Oil(NOCAL) Block 13 by Broadway Consolidated/Peppercoast (BCP) and its subsequent sale to Exxon Mobil. The decision to recuse myself is based on the fact that I served as President and Chief Executive Officer(CEO) of NOCAL between 2004 and January 2006. I have obtained the approval of the President, His Excellency, George Manneh Weah to recuse myself from the investigation.

In making this recusal, may I categorically state for the record that all oil blocks awarded between 2004 and January 2006 were awarded pursuant to the companies compliance with NOCAL’s full disclosure requirements under penalty of law.

Kindly note that my recusal is intended to avoid any semblance of conflict of interest and to ensure that the investigation is characterized by transparency and integrity.
﻿