Snorting entire condom through the nose and bringing it out from the mouth, the latest disturbing trend 'condom challenge' 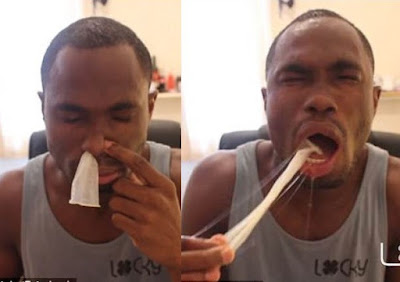 ﻿
Health Officials have discovered a growing bizarre trend on social media and it's very disturbing.
It's called the 'Condom Challenge' which involves inhaling an unwrapped condom through one's nostril and pulling it out of the throat through the mouth.
According to Mail Online, the challenge has been around for several years but is reportedly making a comeback on the heels of the Tide Pod Challenge that made headlines earlier this year. 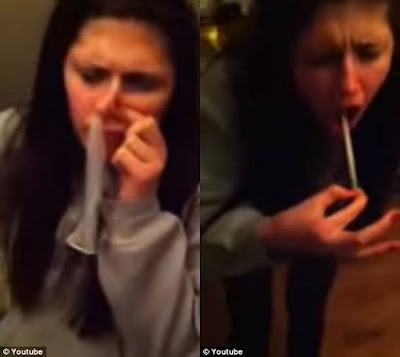 Experts are now warning that snorting condoms pose a serious choking risk but could also lead to infection.
They are urging people to stop partaking in the sickening trend because the rubber could get stuck in the airway and block their ability to breathe.
A research carried out shows that the spermicidal lubricant found on most condoms can also irritate the inner lining of the nose and cause allergic reaction or infection.
While accidentally swallowing the condom could also lead to serious complications.
Bruce Lee, an associated professor at Johns Hopkins Bloomberg School of Public Health, addressed the trend in an opinion piece for Forbes posted Saturday.
He said: 'When is using a condom a bad idea? When you are trying to snort it up your nose and pull it out through your mouth,' he wrote.
'Even if you manage to successfully pull the condom out through your mouth, inhaling a condom up your nose would be very uncomfortable and potentially quite painful.
'Would it really be worth all that just to get more likes and views?'
﻿