Winnie Madikizela-Mandela, South Africa’s ‘Mother of the Nation,’ dies at 81 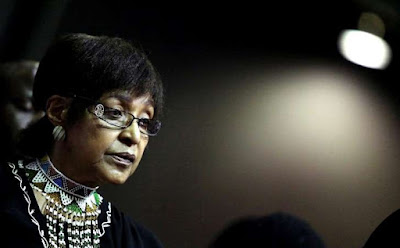 
Winnie Madikizela-Mandela, the former wife of Nelson Mandela and for decades one of South Africa’s most prominent and polarizing figures, died April 2 at a hospital in Johannesburg. She was 81.
Her family confirmed the death in a statement and said she had been hospitalized for an illness earlier this year.
At the time of her death, long after her divorce from the country’s first democratically elected president, Mrs. Madikizela-Mandela was still called the Mother of the Nation. And in many ways, she epitomized the so-called “new” South Africa far more than her idealized former husband.