Actress Xandy Kamel says popular Ghanaian actor, Bill Asamoah is not good in bed; "he is a ‘one-minute man" 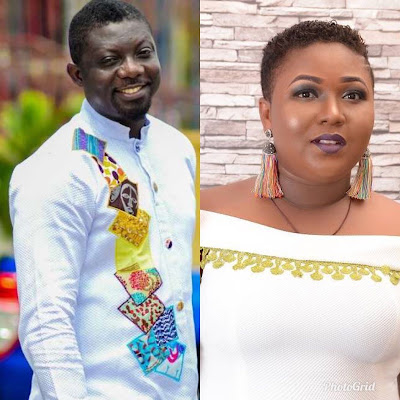 Ghanaian actress, Xandy Kamel made a derogatory remark about popular Ghanaian actor, Bill Asamoah who is also her ex-boyfriend.

In the video recorded during an interview at Peace FM studio, Xandy is heard describing Asamoah as a womanizer and a ‘one-minute man’.

According to Xandy, she and Bill who is now married, dated for a while and during their time together, she knew the actor had five other girlfriends but that did not bother her because Bill was not really good in bed.

The controversial actress made the comment during an off-air conversation with an OAP which was captured by someone who was streaming the programme live on Facebook.