History of 'OAU, Welcome to Liberia' and the 33 Million Price Tag on Unity Conference Center 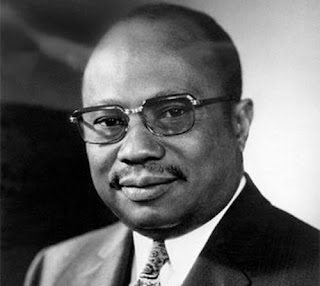 President Tolbert ordered the Unity Conference Center to be built at a cost of $33 million, adjacent to the multi-storied Hotel Africa and fifty-one beach villas (one for each visiting African head of state) for an additional $36 million.
Former President Johnson-Sirleaf states that the OAU was not held in high esteem by ordinary Liberians, who instead conceptualized the organization as an all-male dictator’s club dedicated to showcasing political power, demagoguery, and rubbing shoulders while attending cocktail parties, without positively impacting the local political environment in any appreciable way.
The singular hit song produced by the Liberian Dream Afro-Disco Band was the song “OAU, Welcome to Liberia” (1979). This piece was recorded at the Ambassador Studio in Kumasi, Ghana, as a prelude to Liberia’s hosting of the 16th annual 1979 Organization of African
Unity (OAU) confab.
These ostentatious “white elephant” construction projects were widely criticized at the time, making the Liberian Dream song about welcoming the OAU sound discordant with popular attitudes and instead resemble praise singing.
Actually, this song was initially a scheme to get patronage support from President Tolbert, but it proved to be a ploy that backfired. Toniah Williams penned the first version of “OAU Welcome to Liberia,” which was conceived as a panegyric to President Tolbert, with his portrait tentatively set to grace the album cover.

The original chorus was “Do it, Tolbert Do it!” with all of the president’s catchy political slogans such as “Higher Heights,” “Mat to Mattress” and the awkward sounding “Wholesome Functioning Society,” interspersed between verses. With this praise song in hand; Williams sought assurances from the President to buy at least 5,000 copies in order to finance the project. Unfortunately, when the track was personally presented to Tolbert, he was unimpressed after giving it a perfunctory listen. The presidential office was willing to purchase a few personal copies, but not to invest in large quantities of the record.
In reaction to this disappointing rejection, the whole concept of the single was drastically altered at Williams’ behest.
President Tolbert’s Vice President Daniel Warner requested that the band perform on a voluntary basis as a way of promoting the upcoming conference, but Williams had the pressing need to be financially compensated while at the same time maintaining his self-respect, so the group decided to re-record the song with alternative lyrics. In place of Tolbert’s slogans, the lyrics were altered to include dedications to all the Liberian counties and the scores of visiting
African OAU member states. Thus, the final version of “OAU Welcome to Liberia” attempted to alter the constituency of the record’s appeal while re-imagining and redefining the underlying purpose of the OAU conference. Politically, the song situates Liberia firmly in the anti-apartheid camp and Liberia is symbolically placed on the frontlines of the anti-colonial struggle against white minority rule throughout Southern Africa.23 Strategically, the song urged Pan-African solidarity and cooperation on a grass-roots level in the fight for human rights, not only in territories where minority-rule still prevailed in Southern Africa, but by implication in Liberia as well. The lyrics enthusiastically declared...
OAU, welcome to Liberia! All my people
Welcome to you!
Organization of African Unity
Brings to us peace and security
But we must pull hand in hand together
‘Cause united we stand
And if we want to save this continent We must first love our fellow man Like our leaders working hard together To keep alive African unity
As little as we are
And also neglected
We will stand for our rights
We must seek liberation of our brothers
If we must fight for their freedom too, Namibia Azania, Zimbabwe, we invite you
Welcome to OAU
OAU we love you
Ivory Coast, we love you!
Sierra Leone, we love you! Togo, Mali, Kenya, we love you!
Swaziland, we love you! Nigeria, we love you! Angola, we love you! Ghana, we love you!
(The song continues through an exhaustive list of all the visiting OAU member states)