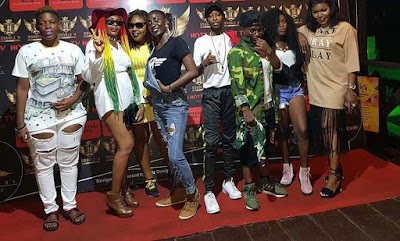 There has been many Liberian cyphers in the past featuring male artists but last night was a different but encouraging story. Liberian female artists brought out Clash of the Titans, the first ever Liberian Female  Cypher, performed last night at the Anglers bar.

The cypher brought female artists together to do something extra. Among the ladies that embarked on this record were Pillz, Queen V, Master Queen, Lib Butter Cookie, J Flow, Lady Skeet, Davero, Pillz, Faithvonic, and Zeniab Sherif.

The cypher was mainly focusing on women empowerment and participation.
The females are taking an improving trend in the Liberian  music industry.