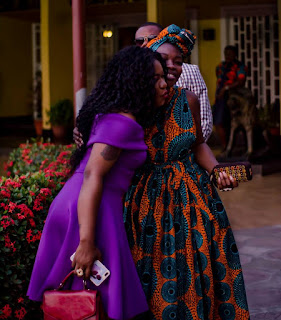 In April 2018, Liberian traditional  singer Mz Menneh flew to Liberia to launch her recent campaign against Gender inequality within Liberia music Industry. The event was hosted at Golden Key Hotel in Paynesville. She appealed to male Liberian artists dominating Liberia’s struggling music industry to take concerted steps toward ending gender inequality within the industry. She stated,
“We are doing the same thing; they are doing the same thing, so we should not be pushed aside. They need to know that it is the right of a female singer to get the same amount of airplay as compared to a male singer,” Mz Menneh said, adding, “Also, to create a fair playing field, women need to be involved in the highest decision-making policy of the industry. But sadly this is not happening in the music industry.”

Why is a 'women empowerment ambassador' using females relationship status to shame them? This is disgusting. Are the female bloggers the only singles within the industry? A lot of male within our industry are single, why are they not being signal out? Why is MZ Menneh using the female bloggers relationship status to justified their misconduct, but didn't do the same for the DJs, Promoters, and the rest she spoke of within her song? I'm very disappointed.  Well, check out this song for yourself.