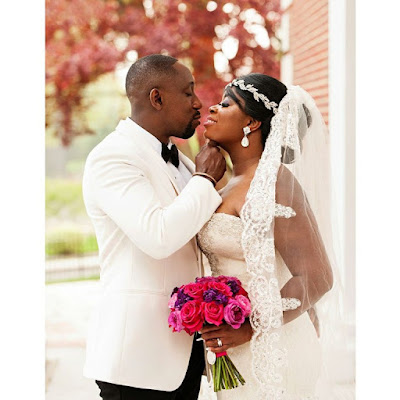 The daughter of Late President Samuel K. Doe, Celue Doe got married on May 6, which also happened to be her late Dad’s birthday. The ceremony was called a “Royal Wedding. Celue married a Ghanaian which didn’t resonate well with few Grand Gedians. The ceremony took place on the same day the GGAA convention was going on. Some said, she was persuaded by Fred Gywan Administration since they had broke away from the main chapter and founded their own chapter. The wedding was heavily attended by some big name in the krahn community, but we were curious as to why her siblings were not in attendance. Samuel K Doe jr, Mamie Doe, and her stepmom Nancy Doe were all absent. The question on our mind is, Did they not give their blessings to her ceremony, where they not aware of the wedding, or is there more to what meets the eye? There were rumors out calling Celue Doe a "Side chick Daughter".