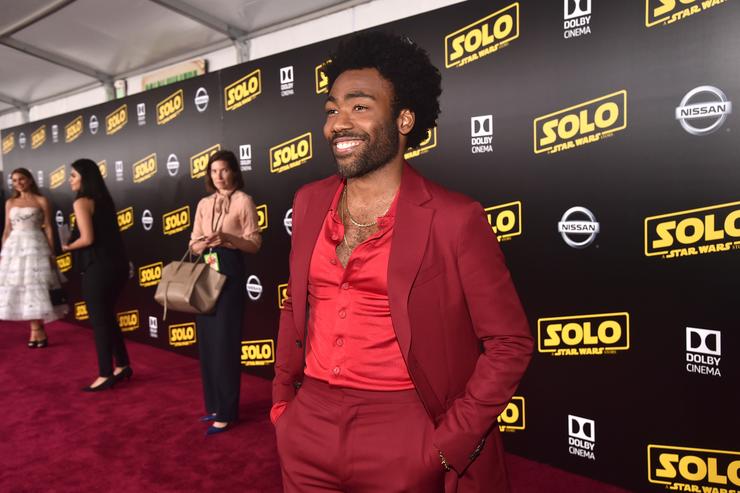 A few days ago, it was reported that Childish Gambino's latest track, "This Is America," would be the one to finally unseat Drake at the number one spot on the Billboard Hot 100 chart. Now it seems as though Childish will pull through, with a number one debut on the chart.
As reported by The Fader, the song will be Childish's first ever number one song on the chart. The video, which dropped alongside the song, has been responsible for much of its success, as the Hiro Murai-directed visuals delivered stark images of dancing and violence, exploring the senselessness and commoditization of black violence in America. The video has since gone viral, amassing over 100 million views since its debut on May 6th.
"This Is America" will handily top Childish's other highest topping song, "Redbone," of his last album, Awaken, My Love!, which only peaked outside the top ten at number twelve. The song will finally replace Drake as the top artist on the chart, who possessed the last two number one songs in "God's Plan" and "Nice For What."
It seems that there isn't anyone in entertainment that's having a better month than Childish Gambino right now. First he hosted and performed at the same time on Saturday Night Live, he wrapped up the second season of his TV show, Atlanta, and he's starring in the soon-to-be released Han Solo standalone film. Throw a number one song into the mix and it's hard to see how it could get much better. ﻿