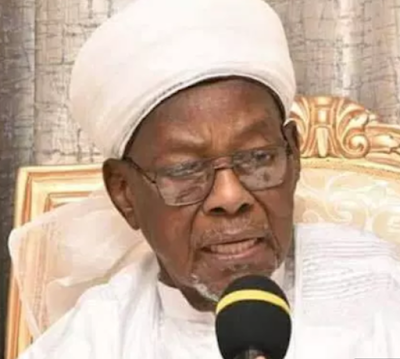 Kano State billionaire, businessman and Islamic scholar, Isyaku Rabiu, is dead.  According to reports the cleric passed away after a brief illness in the United Kingdom at the age of 90.

He will be buried according to Islamic rites as soon as his body arrives Nigeria.

In the 1970s, the group invested in manufacturing with its first investment being the Kano Suit and Packing Cases company, a factory producing suit cases and handbags. The firm was a joint venture with Lebanese investors. In 1972, he formed the Bagauda Textile Mill, manufacturing woven cloths for uniforms. From then on he established a series of ventures in different segments of the economy including frozen food service, real estate, sugar and a motor vehicle and parts distribution company specialized in Daihatsu products.

He lived in the biggest single mansion in Kano. He was widely loved and respected and known for his generosity and Islamic spirituality.