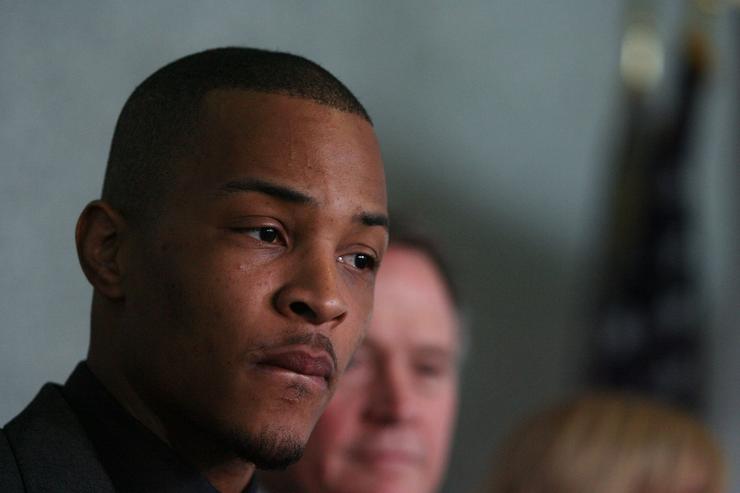 According to a report obtained by WSB-TV Atlanta, rapper T.I. was arrested early this morning as he attempted to reenter his gated community in Henry County, Georgia after a night on the town. The Henry Country Police Department estimate the time of his arrest at 4 A.M. and apparently it all boils down to T.I. not having the keys to his own kingdom.

The security guard positioned at the front gate would not let him past his checkpoint. It's unknown whether the guard was simply following protocol or was unable to identify the person he was sworn to protect. Never the less, the incident escalated to a point where cops were called to the scene. With the Police in attendance, T.I. reportedly asked the guard once again: "Don’t you know who I am?" The guard feigned indifference.

At some point during the argumentation, T.I. called upon a friend who showed up to the scene. The altercation seems to have escalated at this very point, as both T.I. and his friend were taken into custody shortly thereafter. According to local police, T.I.'s friend already had a warrant made out for his arrest from a prior conviction, his booking completely unrelated to the argument itself. T.I on the other hand, was charged with disorderly conduct and public drunkenness. You can preview his cheeky mugshot here.﻿