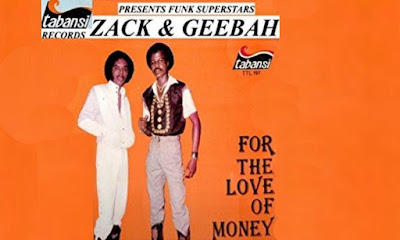 
The group was popular in 1980s Liberia. They are said to have sold more than 200 000 copies of their music including the records ‘Just for You’, ‘For the Love of Money’ and ‘Sweet Liberia’.
Even as the group lasted less than a half-decade following the success of ‘Sweet Liberia’, the lingering popularity of their songs has kept the duo on the lips of Liberians, many of whom consider Zack & Geebah one of their country’s best groups.
Before the civil war in Liberia broke out in 1989, the men of the group went their separate ways. But the decision was not unanimous.
“Geebah never wanted a split,” Zack told local media recently. “He wanted the team together but a split like this is common in the music industry. When the split occurred, I opened a studio and was about to go solo before the war came. I was on the verge of receiving a bank loan to fully support my new dream but the war destroyed everything.”
They had first decided to record their own music after a larger band they were in broke up, leaving Paul and Geebah to find work as session musicians in Nigeria. When they themselves broke up years later, some of their listeners put the blame on success.
“We made money from our music and things were good,” Zack said. “We never quarrelled over money, neither over girls. These things were not our problem, so I don’t know such speculations came about that we split due to issues concerning money and girls.”
The speculation has lasted years but Zack has now spoken about why the band didn’t last. “It was because I wanted to go solo and open my own record studio. The dream was too big, so I needed to go on my own to keep the focus.”
But Zack, who is now a pastor, has apologised to his former partner. “I knew I hurt him and had to make this right. Now that we are cool, I think a reunion collaboration is possible in the long run. The door remains open and anything can happen.”﻿