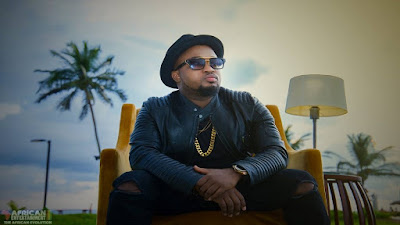 
Liberian Superstar, DenG just concluded the first leg of his Grateful tour in the United States,  ending the tour with an amazing performance in Washington DC, on May 6, 2018, at a concert organized by 231 Media, entertaining fans from all race and walks of life.


DenG, doing what he loves, continues to give the Liberian sounds a place on the international stage.


If things are to play out as it usually do, the buzz of DenG groundbreaking US tour will take the back stage and the media will soon turn its focus on the next trending news, killing an opportunity that should be milked to its full potential.


Unlike other booming African entertainment industries, Liberia's entertainment industry has a lot to learn in regards to publicity and the use of social media as a tool to send out a unified message of support. Like Ace Liberian Music Critic and Blogger, Berenice Mulubah has constantly emphasized,  "Liberian entertainers overlook the role of the media or its influence in the propelling of their musical career."
Fortunately for the sports industry, the lack of attention is not the same. A massive support and celebration is given to the Sports industry by the citizens and government. Could it be because Liberia once had a government that strongly supported sports, inspiring and motivating its citizens to be patriotic about sports? It is no secret the love and support the late President Doe gave to soccer.  It was under his leadership that our current president soccer career took flight.


Liberians understand that Lone Star victory is the nation's victory. Can’t the same go for its artists?
Just as Liberians celebrate their sports champs, the awareness that Liberian culture is being spread through the music of Liberian artists should equally be celebrated.


In DenG’s appreciation speech, he clarified what collaborations with foreign artists meant to him, a subject that has been discussed few times on social media and discouraged by few, including Liberian music critic Berenice Mulubah. He stated that those collaborations are strategy used to ultimately build the much required publicity and morale of the individual artist and industry as a whole. Along with the  PR advantage, the benefits are enormous,  ranging from cultural exchange to building of fan base. The artist stated that even if it is one more fan gain, it is a fan worth the collaborations.  According to him, all it takes is one fan to carry the news to many.    DenG revealed that when he discovered this, he and his management doubled efforts to work on making collaborative hits with African and International Stars.
He also gave the media honor and praise for their flexibility and willingness to support A-list artists almost always pro- bono. He encouraged artists to continue to work with the media, and be willing to pay for PR services as needed, to also enrich the media, pointing out that paid promotions are how media makes its money, like artists make money from shows and endorsement. The flow of support from media to artists and artists to media will allow the industry to win big time.


The bad blood between the media and the artists have gone on for too long, increasing the slow pace of the industry’s growth.
Undoubtedly the phenomenon that is DenG is an untapped resource that has been under-looked for so long but with each achievement, DenG convinces his fans and doubters that he isn’t just your regular artist but an entertainer with a lot to offer the Liberian music industry and the world.