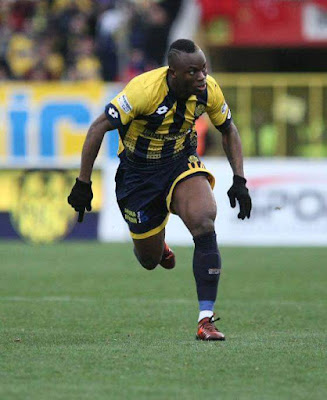 Tonia Tisdell side finished second in the Turkish second division league with 63 points with permit them to gain direct promotion to the Super Lig. Their last division game ending with a 1-1 draw against Adama Demirspor. Goal in the 14 minute from Tisdell team mate, Enes Kubat put Ismail Kartal men ahead but Antabeg Cicek brought the game level at 78 minute.

The Liberian International Midfielder completed a loan deal from parent club Osmanlispor to newly promoted Ankaragucu in 2017. Although the Midfielder had a tough season that limited his playing time for the club, his general impact was still recognized by the club.

Tonia Tisdell parent club are currently fighting relegation battle, Osmanlispor are sitting 16 place with 33 points. If they are to maintain a spot for next season in the top flight division then they have to secure their remaining two games with a win n be hoping that 15 place Koyanspor lost one of her games.

Tisdell contract with Osmanlispor will be coming to an end in July 2018. Sources close to the player are claiming that he has the chance to extend his contract or look in others offers coming his way.