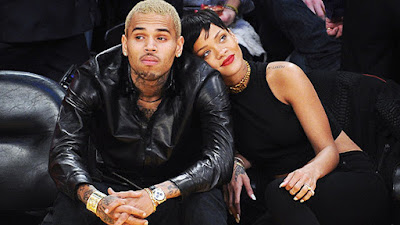 Chris Brown is upset after Rihanna implied that their past relationship was not worth it! A source close to Breezy EXCLUSIVELY told HL about his ‘hurt’ reaction!


Chris Brown, 28, is feeling insulted after Rihanna‘s interview with Vogue, where she said that she “never met someone who was worth it before” her current relationship with Hassan Jameel. A source close to Chris EXCLUSIVELY gave us the deets about how he feels upset over her not-so-subtle diss. “Chris is hurt and offended by Rihanna after she was so dismissive about their relationship in her latest interview,” our source said. “Chris feels things were passionate, but also real and unforgettable.”
Apparently, Chris knows their relationship was flawed, but he also feels she’s ignoring the fact that they were each other’s first loves. “They had major issues, but Chris thinks Rihanna is being spiteful by ignoring their relationship or pretending it never happened,” our source went on to say. “They were each other’s first real love, and Chris feels sad that she doesn’t remember it the same way or refuses to acknowledge it ever happened.”
But Chris wouldn’t be the only ex shocked by Rihanna’s recent comments in her Vogue interview. After Rihanna admitted that she’s not currently friends with Drake, the rapper was apparently taken aback. “Drake is hurt that Rihanna has turned her back on him so hard,” a source close to Dake told us. “He still has feelings for her so to know she doesn’t even consider him a friend anymore is a blow. He’s shocked and disappointed.”
Rihanna also admitted that Drake presenting her with Vanguard Award at the 2016 VMAs was not one of her favorite moments. “Waiting through that speech was probably the most uncomfortable part,” she admits. “I don’t like too many compliments; I don’t like to be put on blast.”