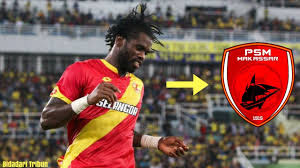 The Minister of Youth and Sports, D Zeogar Wilson condemned the act in the strongest possible term. Below is a screenshot of the minister post. 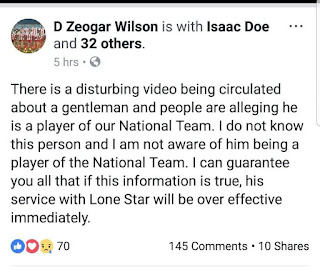 According Shannon, the LFA would address the matter appropriately as it sends out negative message about Liberia.
Shannon said FPA is carrying out an investigation over how the tape was leaked to Facebook. If he’s found guilty, he risks being ban for by the LFA.
“This is so embarrassing to football but he is an adult but kids look at him as role model and seeing such video is not good for our country,” Shannon said.