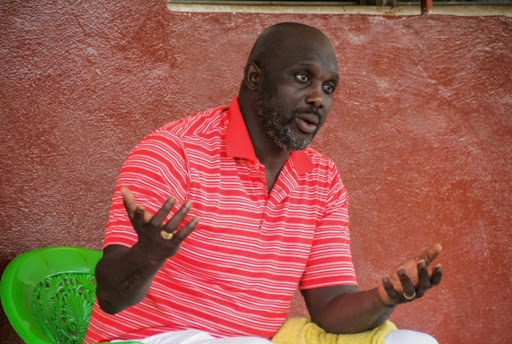 Paris (AFP) – Former football star and presidential hopeful George Weah on Monday called for change in Liberia and said he was confident ahead of next month’s election in the west African nation.

“We are confident,” Weah told AFP ahead of the October 10 election, when 20 candidates will vie to lead Liberia which is returning to normalcy after two devastating back-to-back civil wars.

“I’ve persuaded a lot of Liberians to believe that change is necessary for our country to move forward,” the 50-year-old said.

Weah, idolised in his country as “Mister George”, has been a senator for the party Coalition for Democratic Change since the end of 2014.

“We are asking for free, fair and transparent elections,” he said, condemning fraud in previous elections.

Weah also fended off criticism for picking as his vice-presidential mate Jewel Howard-Taylor, 54, the ex-wife of jailed former president and warlord Charles Taylor.

“Our agenda is not a Charles Taylor agenda … it’s the agenda of the Congress for Democratic Change,” Weah said. “I think people should give her the chance to prove herself.”

Charles Taylor, who was president from 1997 to 2003 and was once Liberia’s most feared rebel leader, is serving a 50-year sentence in a British jail for his role in fuelling neighbouring Sierra Leone’s own long civil conflict.

“In our society, as you know, almost everybody participated in war,” Weah said, referring to the civil wars that ravaged Liberia between 1989 and 2003.

He said if you want to “pinpoint people” then no one will be able to stand in elections. “Everybody was Charles Taylor’s friend.”

“I think what is important is to look at my record, what I’ve done for Liberia and for Liberians, and how I live. Those institutions I work for, I have impeccable records that cannot be beaten.”