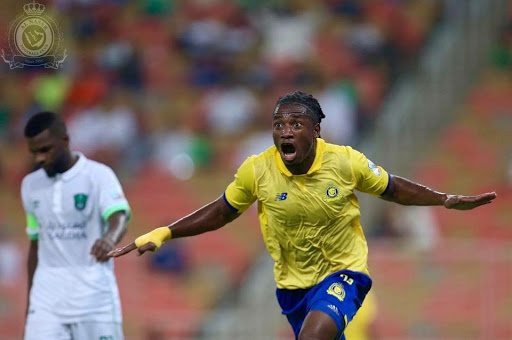 Liberian international striker William Jebor over the weekend came off the bench to end his goal drought after heading in a late equalizer to recuse his new club Al Nassr against Al Ahli at the Jeddah stadium.

Since scoring his last goal on May 12 for his former club Wydad Casablanca against Cotonsport in the CAF Champions League, the 25-year-old has for the past months struggled to register his name on the score sheet.

After conceding an earlier goal in the 8th minute, Al Nassr tried to get an equalizer, but was held up by the lone goal up to the 80th minute. Jebor was introduced at the right time after sending in teammate Mohammad Al Sahlawi’s cross from the left flank through a diving header. 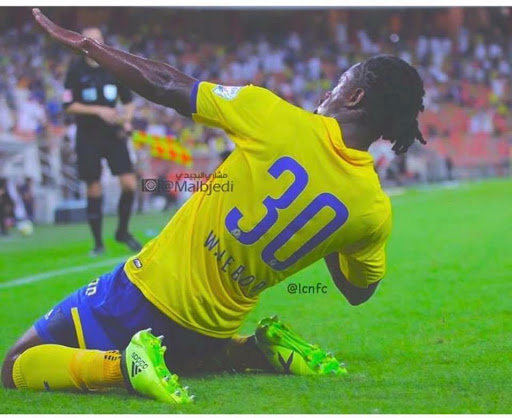 After enjoying a remarkable season with Moroccan club Wydad Casablanca during the 2016-17 league season where he won the Botola Pro league, and scored the league’s highest goal at the end of the season with 19 goals, the 25-year-old Liberian striker’s performance caught the attention of some European clubs including English Premier League side Stock City and French League clubs Rennes and Metz, but the former Wydad Casablanca top goal scorer finally made his decision to join the Saudi Arabian club on July 9, 2017 after signing a three-year deal.

With a huge task on his shoulder to perform for his new club after an incredible season in the Moroccan league, Jebor began his season with his new club on a disappointing note after making four appearances without a goal.

The weekend goal brought back relief for the goal puncher and his fans as he got back on his goal scoring path. Jebor in a thankful mode took to his official social media pages including Facebook and Twitter thanking God.

“To God be the glory, Amen. It is written: Blessed are the meek: for they shall inherit the earth. It is written again: Blessed are ye, when men shall revile you, and persecute you, and shall say all manner of evil against you falsely, rejoice, and be exceeding glad,” Jebor posted on his social media pages.

The draw for Al Nassr put them in the 5th position on the league table after collecting five points from its first three matches.