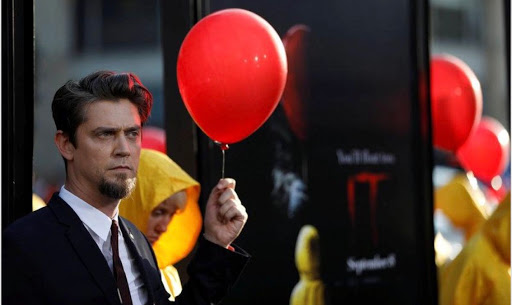 Aye Americans, they know how to make money out of entertainment.  They spent money to make more money.

The New Line and Warner Bros. adaptation of Stephen King's novel is officially shattering box office records during its opening weekend. The R-rated horror film should make a whopping $117.2 million from 4,103 locations, far surpassing earlier expectations. That would give "It" the third largest opening weekend of 2017, about even with "Spider-Man: Homecoming," which made $117 million. Only "Beauty and the Beast" and "Guardians of the Galaxy Vol. 2" earned more this year. $7.2 million of "It's" domestic grosses are coming from 377 Imax screens.