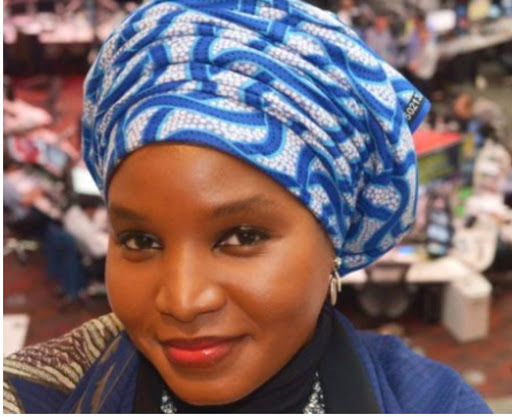 She has reported on high-profile news stories, including the Boko Haram insurgency. She will start a three-month placement at the BBC in London this month.

She impressed the panel with her story-telling and her ability to convey complex ideas in a way that resonates with a wide audience.

A very excited Amina says, 'I was overwhelmed with joy. Storytellers have always had an important role in Africa, this is what defines us. Today journalists are taking on that responsibility. With little or no formal education, my countrymen can hold their own in a variety of topics, including the Trump presidency in America, North Korea's defiance, Russia's foreign relations under Putin, and more'.

BBC World Service Group Director Francesca Unsworth said Ms Yuguda was a worthy winner; 'to find someone who possesses many of Komla's qualities is something for us to celebrate, and we are very excited about working with Amina'.

Previous winners of the Komla Dumor Award were Ugandan news anchor Nancy Kacungira and Nigerian business journalist Didi Akinyelure. The award was created to honour Komla Dumor, a presenter for BBC World News, who died suddenly at the age of 41 in 2014.